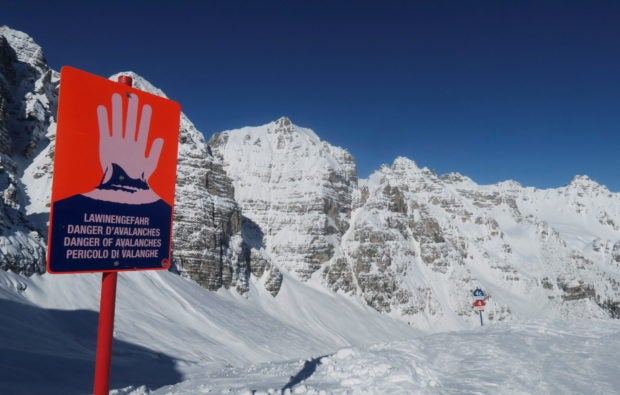 ZURICH — One individual was killed and 4 others injured in an avalanche in western Austria on Saturday, police stated, a day after two different avalanches killed seven skiers as heavy snowfall adopted by hotter climate made for unusually harmful situations.

Austrian broadcaster ORF stated the individual killed in Saturday’s avalanche within the municipality of Schmirn, within the state of Tyrol, was a 58-year-old native man.

In the identical province, a 42-year-old Austrian mountain- and ski-guide and 4 Swedish skiers, all males of their 40s, had been killed on Friday when an avalanche close to the city of Spiss on the border with Switzerland buried them fully, police stated.

One other member of the group, a 43-year-old Swede, was in a position to cellphone for assist and was rescued, police stated.

Two Austrian skiers had been killed in a 3rd incident.

Emergency companies discovered the our bodies of the 2 Austrian skiers, a girl aged 61 and a 60-year-old man, at 00:40 a.m. on Saturday (2340 GMT on Friday) after their kinfolk raised the alarm after they may not be contacted, police stated.

The pair had set out within the Tyrol area on Friday afternoon and the person instructed a contact by cellphone at 3:30 p.m. (1430 GMT) that they’d reached the 1,868-meter (6,129-ft) Breitegg peak. That was their final contact.

“After they might not be reached, kinfolk made an emergency name at round 9:40 p.m.,” police stated in an announcement.